THE VOICE OF ELVIS:
DOUG CHURCH

We will unfortunately not be hosting a 2021 Elvis Tribute Concert. We are hoping to return in 2022!

The Voice of Elvis: Doug Church 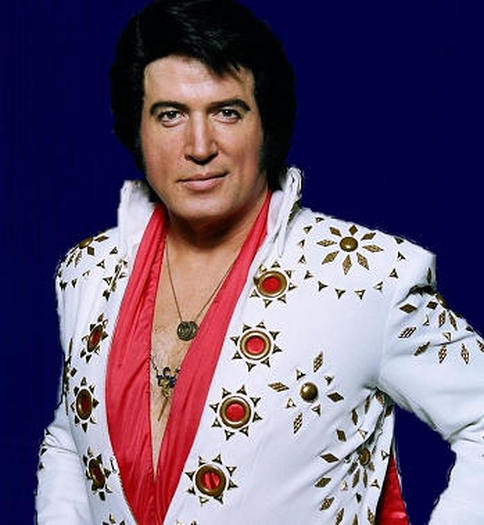 Doug Church began his Elvis career in the U.S. Air Force in 1983 while competing against hundreds of other contestants and winning annual talent contests.  Starting at the base level and proceeding through to the regional levels, he defeated the best entertainers from many bases in the European and U.S. Air Force commands.  In four years, he collected 11 first place trophies for his well-developed likeness to Elvis, as well as other categories ranging from best male vocalist to best comedic performance.

After leaving the Air Force in 1987, Doug continued his act around the Midwest.  In 1990, he competed in the fourth annual Worldwide Elvis Impersonator Contest in Memphis, Tennessee against Elvis entertainers from all over the world.  He took home the second place prize for only his first time in this competition.  The following year, Doug returned to Memphis to capture the first place crown as "The World’s Best Elvis Impersonator."  In 1993, after a successful audition with Legends In Concert (a musical entertainer venue based in Las Vegas, Nevada) he started touring the country and the world.  Doug has performed in such exotic locations as: Bangkok, Hong Kong, Aruba, The Bahamas, Moscow, France, The United Kingdom, and Denmark.

In 1999, Doug starred in and performed soundtrack vocals for the award winning documentary film "Almost Elvis." Doug still works with Legends in Concert from time to time, but prefers to freelance and do the shows that won him acclaim throughout the Midwest. It may be hard to imagine how anyone could possibly duplicate 70 different voice personalities with perfection, but Doug Church can! He has awed his audiences for 19 years, leaving them totally mesmerized and shaken- by one of those voices in particular- that of Elvis Presley! Doug’s voice has been acknowledged by his peers as being the closest to "The King’s.

His career is going stronger than ever, with his fans keeping him pretty busy entertaining from Vegas through the Midwest, and now to the East Coast. His recording career is sky rocketing with the release of new albums.
His future parallels a shooting star on the horizon of success. He is, and will forever remain, a hot commodity. All over the world people have closed their eyes and been rapt with Doug Church.

Right now, Elvis tribute artists around the world are competing for the ultimate title by showcasing their “best representation of the legacy of Elvis Presley.” Preliminary rounds for the 2015 Ultimate Elvis Tribute Artist Contest have already started and Elvis tribute artists are qualifying. Our very own performer Doug Church will represent Elvis FANtasy Fest during Semifinal Round in Memphis. 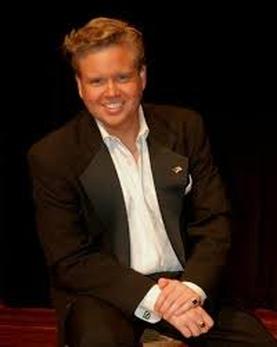 The high-energy, Rock 'n' Roller Quentin Flagg Show is a dynamic show like no other! Quentin, pays tribute to the great music he grew up with and gets you rockin' and ready to dance. A family show, "Q" is always learning new tunes to keep you guessing what song he is going to sing next. Singing and dancing his way through a performance, not impersonating, he performs the many styles of music as himself.

Singing hits from the 50's & 60's & More you will hear the styles of Bobby Darin, Elvis, Elton John, John Mellencamp, Neil Diamond, Sinatra, The Monkees, Dean Martin, Brian Setzer, CCR, and so much more! He has opened for country star Tracy Byrd, the Drifters, and performed with Jim Belushi. He has entertained in Pigeon Forge, TN, Las Vegas, Branson, MO, New York, Chicago, England, Ireland, Canada, on cruise ships in the Caribbean, and all over the USA!

Get rowdy, snap those fingers, and clap your hands! Take a seat and hold on, as this exciting young man takes you on a roller coaster ride of great music and a high-energy stage show. A performance that will leave you singing and energized! Traveling anywhere he can, give Quentin a microphone and a spotlight and he will entertain you.

​Don't forget to sign up below for the email list; you get advanced notification of the date of our show; as well as early access to purchase tickets when they go on sale!